Showing posts from January, 2017
Show all

RANT OF THE DAY: Mahogany Madness 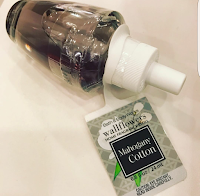 Oh yes my friends, you've read right and your eyes are not deceiving you...
Mahogany f***ing COTTON!!!
I've already gotten word from candle buddies who have seen the actual candle and that it smells just as awful as it sounds - Pure White Cotton mixed with Mahogany Stankwood. Why lord Jeezuz WHY?!
Seriously BBW, are you guys just going down the list of notes that to add to the MT formula?
Ok I get MT is your "top seller"..lord knows anytime I mention my disdain for this damn scent on social media, teenybopper sales associates come out of the woodwork to remind that it's their number one scent and they all end their rebuttal with the same lame line "just because you don't like it doesn'…
3 comments
Read more

RANT OF THE DAY: The Mystery of Black Tea Rose 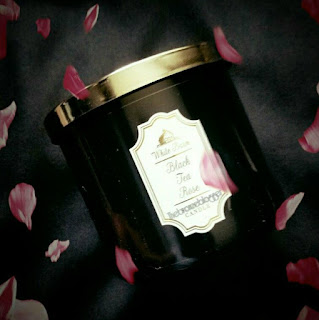 Black Tea Rose has caused quite a bit of controversy and intrigue amongst candle enthusiasts. Pictures of it starting appearing on social media whipping candlelovers into a frenzy. From the interesting name hinting at the possibility of newness  to that sleek, mysterious, seductive black jar, it made everyone (myself included) very intrigued.

Then the wf bulbs  appeared online along with the rest of WB Core collection. Surely the candle wouldn't be far behind...or so we thought. And so we waited...and waited...and waited. Eventually there was a rumor floating aboutsaying what we all assumed - BTR failed test phase and wasn't going wide. "How could that be" we thought, "there's a wf bulb online!" Spring Balsam and Spring Leaves and especially Mahogany Peach goes wide...but not BTR..WTF?!To further complicate matters and rile more feathers, there was a promotion pic on IG for 12.50 sale showing all of WB core candles...including BTR! Everyone, myself inc…
3 comments
Read more 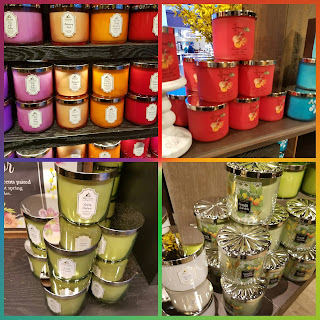 Well technically it wasn't the last day but the day before the last day. The bf and I went to the mall and of course we our..my first stop was WB. There was that $12.50 sale on all candles...friggin finally!

So let me get the WALK N SNIFF out of the day. I got to sniff more stuff that wasn't in stores for my last WALK N SNIFF
Mineral Spring - I was initially intrigued as I love watery scents and people who smelled said it smelled familiar but couldn't place it. Well after sniffing it I was no longer intrigued and just as perplexed by everyone else. It's vaguely watery in a BBW-ian cucumber/melon kinda way with some kinda of white floral blend as well as a hint of something orangey like bergamot, maybe mandarin. It kinda gave me a Paris Daydream / Sparkling Icicles kinda vibe. It also had a weird Sparkling Woods-esque ammonia/bleach/cleaner aspect that was a little off putting
Lily of the Valley - so there was a failed test scent with the same name in the Fresh Picked col…
Post a Comment
Read more Ok so let's start with the remainder of the WB core collection; I talk about a few of them in my SAS WALK N SNIFF

Orange Blossom & Driftwood - so I had zero interest in this whatsoever as the name and notes didn't appeal to me at all; I'm not a huge fan of orange based scents and I am extremely over BBW's overuse of "driftwood". However my bf picked it…
4 comments
Read more 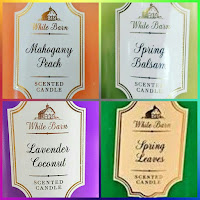 Coconut in fall? Roses in winter? Balsam in spring? WTF?!

Are BBW's marketing execs putting a little extra something in their coffee? Are they taking LSD or Breaking Bad meth on their lunchbreaks? There's gotta be some explanation for the downright bizarre CHOICES they're making lately!

Then the following winter we saw Jingle All the Way...mandarin, apple..COCONUT! Its bad enough that Vanilla Snowflake is still running wild but you throw yet another coconut scent in to the mix?! A…
2 comments
Read more
More posts