NEWNESS UPDATE: Rumor has it... 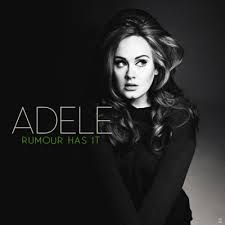 Rumour has it there's a lot more candles in store!

So lifeinsidethepage/Bathandbodyworksdailyfinds released a list of upcoming surprise candles and everyone, including myself, went apeshit!

Okay so first of all, if you thought we were done with winter, think again. We're going (fingers crossed) see another Christmasy themed collection called "Home for the Holidays"..with a slew of returning Slatkin classics...

That's gonna really piss me off!

In addition to these, it looks like there are gonna be add ons to the collections in stores.

Marshmallow Fireside and Mahogany Stankwood (for whatever reason) is being added on the sparkly label candles as well as a "new" scent called "Candied Pecans"...don't get excited, it's a repackage of Pumpkin Pecan Waffles/Pecan Praline Cobbler. There is also talk of another "new" scent called "Sweet Cinnamon Spice"..I'll be highly surprised if that isn't Shit Cinnamon Poopkin" Sadly it doesn't look like we're gonna see Chestnut & Birch or Cinnamon Pinecone