- November 07, 2016
So this post was inspired by Tinadivalicious' most recent video  about he thought were the worst offenders and I want to co-sign and add on to what he mentioned.

Here's my list of I think are the most cringe-worth, head-scratch causing, faceplam inducing repackages 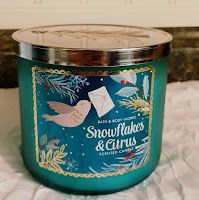 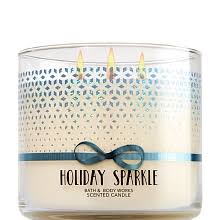 Both of these choices are equally absurd; they have nothing to do with the holidays nor are they remotely wintery. 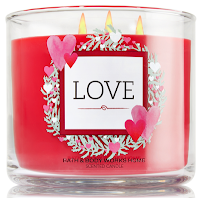 So this popped up last minute in the weird WB Market-esque collection back in the spring. Super last minute, totally random and didn't fit in the collection. It was a repackage of Electric Tokyo in the 2014 Spring Destination collection, then changed to Tokyo Petals for the nationwide release, then made into a Mother's Day candle and then have changed to Peony Petals in WB exclusive So Ugle, So Cheap collection. Not a good scent to be repackaged so often 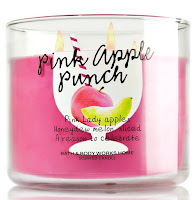 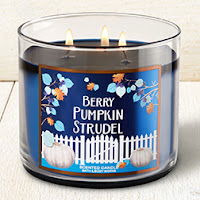 It's repackages like this truly pisses me off - scents that are remarketed as something completely new and different; you smell it expecting it to be new and not only does it NOT smell like what the name and note suggest but it smells familiar as hell. Now BPS does have a hint (and I mean hint) of berry but at the end of the day it's still SPC. How does cider all of sudden become strudel?! If it was called "Berry Pumpkin Cider", that would make more sense 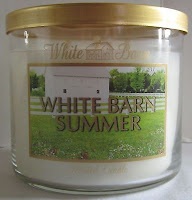 It started out as a failed test scent in the infamous Eucalyptus Mint &... collection in 2012. Then in 2013, it came back only to fail again as WB Summer...cuz lord knows EM&R smells like a trip to the farm in summertime *eyeroll. It would later be repackaged (with a twist) as Black Sands  and again as Eucalyptus Mint & "Waves"..dafuq? It would finally be brought with its original name last spring. But out of all of it's iterations, WB Summer was truly the most stupid one 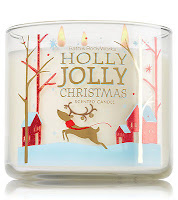 I did a whole rant video about this bastard cuz it made me so mad..my most popular vid at over a 1000 views.

So Autumn Night in and of itself was a repackage with a twist of Autumn Day and while AN was good, it wasn't good enough to repcakaged..especially as a Christmas winter holiday scent. And what really pissed me off about this candle was that notes were utter lies - mandarin, pomegranate and balsam...sounds friggin awesome right?! Wrong..you just got a noseful of AN. Nothing wintery about it, nothing Chritmasy about it, nothing even close to notes..it was like you got a dogturd disguised as coal in your stocking 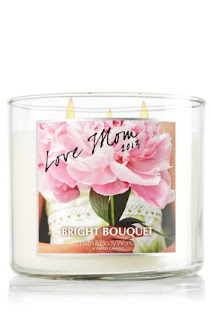 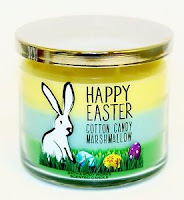 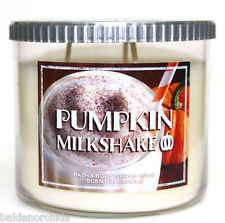 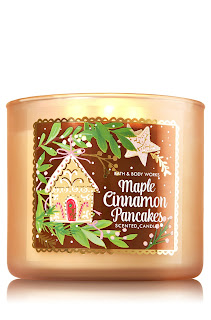 This quite possible the worst, most nonsensical, most insulting, most stupid repackage in the histoRy of BBW. Seriously how the f*** does "pumpkin caramel latte", a fall coffee-esque caramel flavored beverage all of a sudden "maple cinnamon pancakes", a winter holiday breakfast dessert. How I ask you, HOW?! And wtf are maple cinnamon pancakes in the first place?! That has never been a Christmas thing! And what baffles me if you have people (*cough cough basic) swearing up and down that smell maple syrup cascading over cinnamon dusted buttery flapjacks..are smellin the same shit cuz I smell PCL and nothing remotely mapley, cinnmaony, and pancakey. I suggest a trip to Denny's or IHOP cuz yall onviously don't know what pancakes with maple syrup smells like.